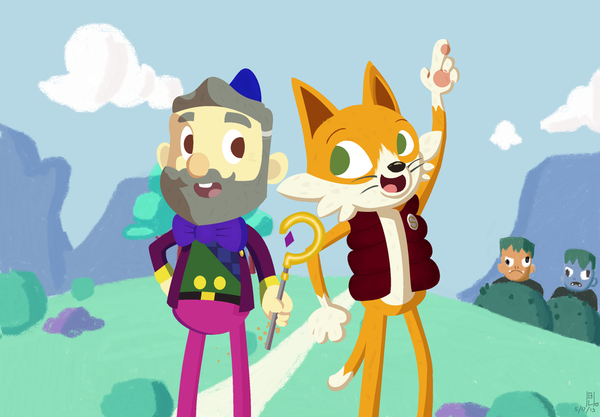 The 2016 Culture Geek Conference in London has added Adam Clarke, an artist with over 20 years experience of engaging people in creative practice to the list of speakers presenting at the conference in June.

Adam has been a leading figure in the online Minecraft community, he has instigated numerous groundbreaking Minecraft projects and is widely involved in the use of Minecraft within cultural, heritage and educational settings.

In 2014 Adam was shortlisted for the IK prize at Tate Britain and later in the year released Tate Worlds Minecraft ‘maps’ that present virtual environments inspired by artworks from Tate’s collection. He has also worked with archeologists and curators on the Tullie House Museums At Night project, to create an interactive event based around his online Minecraft map of Hadrian’s Wall.

More recently Adam has worked with YouTube star Stampy on WonderQuest, a Minecraft based animated series produced with Nickleodeon and YouTube. The show which aims to educate and entertain has been viewed millions of times.

Culture Geek founder Jim Richardson said, “I’ve been lucky enough to see Adam speak at MuseumNext in 2014, where he gave one of the most entertaining and talked about presentations at the conference. I am really excited to hear about his recent projects, and the opportunities which Minecraft offers cultural organisations”.