In Conversation with Mar Dixon 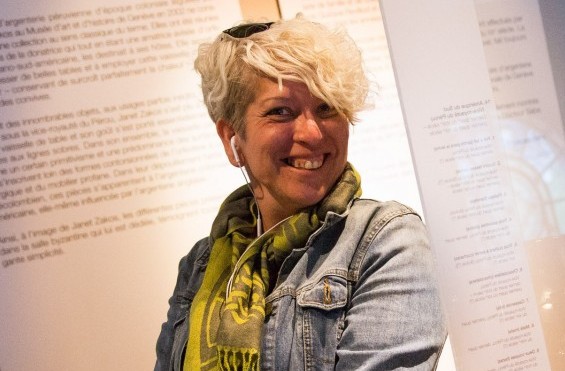 Mar Dixon has championed digital technology in the cultural sector for more than a decade, often bringing together diverse arts organisations for collaborative social media events that connect them with audiences.

We’re delighted that she’ll be speaking at Culture Geek London. We caught up with her recently about her passion for the arts and technology.

You always seem to be finding new ways to encourage theatres and museums to use social media in creative ways, what drives your interest in these organisations?

I really want to like them but it doesn’t always seem the thoughts are reciprocated.  I figured if I let them know what I wanted using social media it would be more positive than complaining.

Still working on the hashtag an campaigns  of course but also running more Remixes and workshops again.  Had a trip to LA and Rio with CNN International to see and discuss Brazailian contemporary art.  Made it to MuseumNext Tech in Berlin which was brilliant and visited Hull for their City of Culture.  I promised I wouldn’t travel as much in 2017 but overall it was only a slight fib …. 😉

You’ve been working in the cultural sector for more than a decade now, what changes have you seen in the way in which digital is being used?

This is so tricky because for the past year (perhaps more) I’ve seen such a decline in the way the sector uses social media and really digital overall.  I blame the high turnover as one of the reasons and also the fact that everything seems to be scheduled rather than social and meaningful. No one wants to be talked at – they want to be talked to and it’s really difficult to find examples of that happening on a daily basis (there are exceptions of course).  For example, on AskACurator day (which I know most social media managers and curator rolled their eyes at now)there was a great exchange between Science Museum and Natural History Museum that was completely unplanned but lovely to see there was humans behind the accounts (and that they had a sense of humor!)

Digital and new tech seems to be at a stalemate also at the moment which is to be expected after the huge boom.

More AR over VR.  More open data as the sector realizes they aren’t going to make money from it.  Sadly, I also see a decline in good practice of social media (of being social) but I’m not giving up on them yet!

Luckily there is less talk on apps now but there is more about integration of items from audio guides to personal devices.

You’re speaking at Culture Geek this year, what will you be talking about?

Culture Geek takes place in London on 9th May 2018. Find out about the other speakers and get your ticket here.